The Non-GMO Project Is Ruining My Shopping Experience 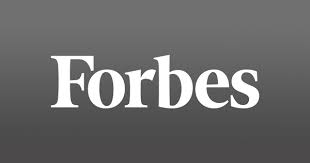 With trends like the farm to table movement and a growing push to vote with your dollar, consumers increasingly want details about their food, like how fruits and veggies are grown, farmers’ working conditions, environmental impacts and how it all gets from farm to plate. At the same time, media and social networks are rife with food-related myths, and popular jargon is widely-bandied but poorly understood. The ubiquitous Non-GMO Project, dubbed the “butterfly seal of sanctity” by food and health writer Jenny Splitter, is ruining my shopping experience.

American shoppers are surely familiar with the iconic orange butterfly logo. According to its website, retail partners report that Non-GMO Project Verified products are the fastest dollar growth trend in their stores, with total annual sales exceeding $19.2 billion. What the Non-GMO Project’s website doesn’t tell visitors is that its label tells us absolutely nothing meaningful about a product or its ingredients, including healthfulness, environmental impact, and working conditions for food workers and farmers. It doesn’t even tell consumers about a common objection to GMOs—whether or not a food product was derived from a patented crop variety. For example, the Non-GMO Project verified Opal Apple is patented, with orchards paying a royalty for the right to grow and sell the fruit.

GMO, which stands for “Genetically Modified Organism,” is a largely meaningless term. Although it’s practically impossible to define “GMOs,”  in practice it’s become shorthand for any organism with traits created with modern biotechnology. According to this definition, the only GMO crops available in the U.S. are soybeans, corn (field and sweet), papaya, canola, cotton, alfalfa, sugar beets and summer squash, with gene-silenced White Russet potatoes and Arctic Apples available in some test markets.

But virtually all of the foods we eat, with the exception of wild herbs, mushrooms and game, including foods labeled natural, organic, and even heirloom, have had their genes modified using unnatural methods. Consider mutation breeding, which is just one of many “non-GMO” crop modification techniques that tinker with an organism’s genetic makeup. With this method, breeders bombard seeds with radiation or chemicals in order to induce genetic mutations. When desirable traits occur from this process, the resulting plant varieties are commercialized and sold. Think of mutation breeding as rolling the genetic dice and hoping to get lucky. Thousands of crops, including common varieties of pears, peppermint, grapefruit, rice, wheat and more have resulted from mutation breeding. They all sound pretty “genetically modified” to me, but plenty of them are eligible for and carry the Non-GMO Project seal.

As a critical thinker and champion of social and environmental justice, seeing the butterfly seal everywhere I shop—from the pretzel crackers my kids love to whole grain bread—irks me to no end. For one, I like to make purchasing and parenting decisions based on facts, not fear and hype, but Non-GMO Project promotes common evidence-scarce myths about genetic engineering. “There is no scientific consensus on the safety of GMOs,” the Non-GMO Project website states. It’s an easily debunked statement. Indeed, the consensus of non cherry-picked data and major scientific bodies around the world is vast and unambiguous, all pointing to genetic engineering being no riskier, and sometimes less risky than so-called non-GMO breeding techniques. The organizations that claim danger from GMOs have a tendency to promote anti-vaccine sentiment and even conspiracy theories, as I recently discussed. That such wrongheadedness is emblazoned all over the American food supply is a testament to the alternative facts era.

But what really bothers me as a shopper are the injustices that result from the proliferation of this and other similar anti-GMO marketing. Perhaps the most mind-boggling example is citrus products that carry the sanctity seal, including Florida’s Natural orange juice and Cuties mandarin oranges. When it comes to Non-GMO Project verified oranges, the transgression is twofold. First, the seal implies that there are GMO oranges available even though there are no genetically-engineered citrus fruits on the market. Tomatoes, grapes, and sea salt are among several such products that carry the seal even though there are no “GMO” counterparts available.

Second, and more importantly, the citrus industry has been ravaged for over a decade by citrus greening, a bacterial disease that eventually kills infected trees. Oranges engineered with a spinach gene to make them resistant to infection are thought to be the best hope in the fight against citrus greening. That the Non-GMO Project is so trendy that marketers either don’t mind jumping on the bandwagon, or aren’t aware that they’re rejecting the very technology that could save the industry, is disturbing.

Products carrying the Non-GMO Project butterfly range from mundane to ridiculous, and include cereals, chips, water, sea salt, and even cat litter. While it may be amusing to poke fun at Non-GMO Project verified salt (there are no organisms or genes to “modify” in salt) and cat litter (the joke tells itself), the proliferation of the butterfly label is far from just harmless marketing. Fear and opposition to genetic engineering have a tangible impact, with anti-GMO rhetoric and marketing contributing to consumer fear and rejection, which influences policy, and leads to overly burdensome and ideological rather than science-based regulations keeping real solutions from farmers’ fields.

Given the challenges we face to feed an ever-growing population while combating climate change and striving to produce food efficiently with minimal use of land and other resources, the Non-GMO Project’s vilification of safe technologies that can reduce food waste, reduce carbon emissions, and help fight food insecurity and malnutrition if we would only let it, is indefensible.

The Non-GMO project believes that “everyone has a right to know what is in their food and deserves access to non-GMO choices.” In reality, the labeling movement has never truly been about consumers’ right to know. Rather, it’s a gospel that begins on high from movement leaders, some of them profiteers and others ideology-driven, trickling down to and convincing consumers and activists that valuable information is being kept from them. This so-called “right to know” has always been a subterfuge to increase non-GMO and organic market share and eliminate agricultural biotechnology altogether.

Informative, relevant food labeling, including nutrition facts and allergens, are important, but there is no “right to know” if a food is GMO considering that 1. GMOs are practically impossible to define and 2. Such labels tell us nothing meaningful. Instead, I believe that I have a right to shop for the foods my family enjoys, so many of which succumb one after another to the butterfly seal of sanctity, without having to support an initiative that is nonsensical at best and harmful at worst.

Kavin Senapathy is a communicator and mom of two based in Madison, Wisconsin. Follow her on Facebookand Twitter.