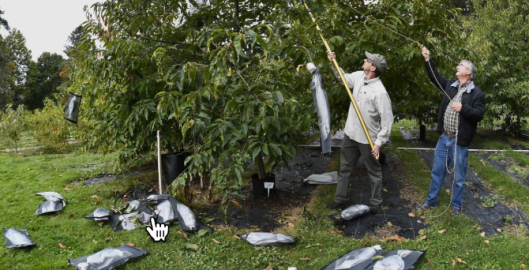 SYRACUSE, N.Y. (AP) — Chestnuts harvested from high branches on a chilly fall morning look typical: they’re marble sized, russet colored and nestled in prickly burs. But many are like no other nuts in nature.

In a feat of genetic engineering, about half the chestnuts collected at this college experiment station feature a gene that provides resistance to blight that virtually wiped out the American chestnut tree generations ago. 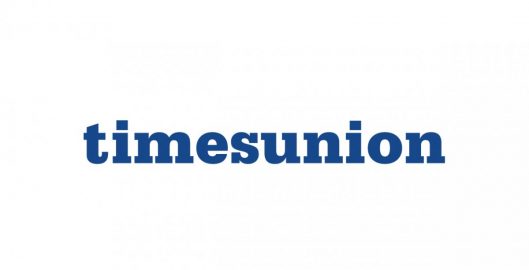 Gov. Andrew Cuomo must ignore overstated claims about the safety of a critical tool for New York farmers and veto a bill that would prohibit the use of chlorpyrifos in the coming weeks.

In a recent letter, “Cuomo, sign ban on dangerous pesticide,” Aug. 8, the author states that chlorpyrifos is “extremely toxic to human health and wildlife” and therefore should be banned.

There are many everyday tools and products that all of us use — a car, gasoline, prescription drugs — that if misused could prove deadly. Those risks are minimized when used properly or when used, in some cases, by trained professionals as is the case with chlorpyrifos.

In Blog
Featured
GMO’s and The Environment
Uncategorized

There’s a big molecule, a protein, inside the leaves of most plants. It’s called Rubisco, which is short for an actual chemical name that’s very long and hard to remember.

Amanda Cavanagh, a biologist and post-doctoral researcher at the University of Illinois, calls herself a big fan of Rubisco. “It’s probably the most abundant protein in the world,” she says. It’s also super-important.

Rubisco has one job. It picks up carbon dioxide from the air, and it uses the carbon to make sugar molecules. It gets the energy to do this from the sun. This is photosynthesis, the process by which plants use sunlight to make food, a foundation of life on Earth. Yay for Rubisco!

“But it has what we like to call one fatal flaw,” Cavanagh continues. Unfortunately, Rubisco isn’t picky enough about what it grabs from the air. It also picks up oxygen. “When it does that, it makes a toxic compound, so the plant has to detoxify it.”

Plants have a whole complicated chemical assembly line to carry out this detoxification, and the process uses up a lot of energy. This means the plant has less energy for making leaves, or food for us. (There is a family of plants, including corn and sugar cane, that developed another type of workaround for Rubisco, and those plants are much more productive.)

Cavanagh and her colleagues in a research program called Realizing Increased Photosynthetic Efficiency (RIPE), which is based at the University of Illinois, have spent the last five years trying to fix Rubisco’s problem. “We’re sort of hacking photosynthesis,” she says.

They experimented with tobacco plants, just because tobacco is easy to work with. They inserted some new genes into these plants, which shut down the existing detoxification assembly line and set up a new one that’s way more efficient. And they created super tobacco plants. “They grew faster, and they grew up to 40 percent bigger” than normal tobacco plants, Cavanagh says. These measurements were done both in greenhouses and open-air field plots.

The scientists now are trying to do the same thing with plants that people actually rely on for food, like tomatoes and soybeans. They also working with cowpeas, or black-eyed peas, “because it’s a staple food crop for a lot of farmers in sub-Saharan Africa, which is where our funders are interested in making the biggest impact,” Cavanagh says.

The funders of this project include the U.S. Department of Agriculture and the Bill and Melinda Gates Foundation. (Disclosure: The Gates Foundation also funds NPR.) The USDA has applied for a patent on plants that are engineered in this way.

Cavanagh and her colleagues published their work this week in the journal Science.Maureen Hanson, who is carrying out similar research on photosynthesis at Cornell University, was impressed.

“This is a very important finding,” she says. “It’s really the first major breakthrough showing that one can indeed engineer photosynthesis and achieve a major increase in crop productivity.”

It will be many years, though, before any farmers plant crops with this new version of photosynthesis. Researchers will have to find out whether it means that a food crop like soybeans actually produces more beans — or just more stalks and leaves.

Then they’ll need to convince government regulators and consumers that the crops are safe to grow and eat.

In a recent op-ed  for this paper, my colleague Assemblyman Jeffery Dinowitz  touted the work of the END_OF_DOCUMENT_TOKEN_TO_BE_REPLACED

If there is one thing we know about GMOs, it’s that we don’t know enough about GMOs. By we, we mean consumers and lawmakers.

If we’re to believe the producers of genetically modified organisms — primarily genetically engineered seeds and the things that grow from them — GMOs are the salvation of an ever-multiplying human race. Today, most of the corn and soybeans grown in this country are GMO. Engineering can allow greater yields, and resistance to pests and pesticides.

If we’re to believe the critics of GMOs, they pose a grave threat to human health. They also threaten our food supply as it is increasingly dominated by companies determined to exercise rigid control and secrecy over their patented products.

Spit out this food labeling bill

Spit out this food labeling bill
Genetically modified organisms: Nothing to fear

The proposed state law to require labeling of foods made from genetically modified organisms (GMOs) should carry a disclaimer of its own:

“Warning: This legislation will not actually provide consumers with useful information.”

What it will do is pander to technophobia about “frankenfoods” that too often gets in the way of smart decision-making.

Much the same impulse scares otherwise intelligent parents away from vaccinating their children, leading to a resurgence of diseases that should be completely preventable.

Putting a focus on GMOs would also distract consumers from factors that really matter when it comes to shopping for food — such as avoiding too much saturated fat and sugar. The debilitating and deadly effects of those ingredients have been well documented by research — while just the opposite is true of GMOs.

Here’s what the nation’s largest general science organization, the American Association for the Advancement of Science, had to say when California considered a labeling law in 2012:

“The science is quite clear: Crop improvement by the modern molecular techniques of biotechnology is safe.”

Also weighing in was the American Medical Association: “There is no scientific justification for special labeling of bioengineered foods, as a class.”

A 2011 report from the European Union — covering 130 research projects over 25 years — concluded that GMOs “are not per se more risky than e.g. conventional plant breeding technologies.”

Here’s what fearmongers fail to understand: Humans have been manipulating the genomes of plants and animals since literally the dawn of civilization — through cross-breeding that has produced modern varieties of wheat, corn, soybeans, etc., that look and taste nothing like their ancient forebears.

The modern technological leap is to directly transplant genetic material from one species to another — often with highly useful results. It’s not fundamentally different from the techniques used to create life-saving vaccines and cutting-edge medicines. Among the crops engineered are varieties of corn carrying a bacteria gene that produces a natural insecticide. It’s nontoxic to humans and other mammals, yet allows farmers to dramatically reduce or eliminate spraying for bugs.

Food engineers have also come up with a type of rice that’s high in beta carotene — which could help prevent Vitamin A deficiencies that blind and kill hundreds of thousands of children a year.

Before going on the market, these products are subject to review by not just the Food and Drug Administration, but also the Environmental Protection Agency and the U.S. Department of Agriculture.

“GM crops are the most extensively tested crops ever added to our food supply,” says the AAAS.

They’re also ubiquitous — accounting for some 90% of all field corn and soybeans grown in the U.S., according to Margaret Smith, a plant breeding and genetics professor at Cornell University. Meaning that if GMO labels becomes mandatory in New York, they’ll go on the vast majority of boxes and cans on grocery shelves.

And, as Smith points out, the process of extracting corn starch, corn syrup and soybean oil strips out any and all genes and genetic byproducts: “So there’s no way to test a corn starch, for example, and tell whether it came from a genetically engineered corn or not.”

So the breakfast cereal made with ingredients that started as GMOs — which would be required to carry a label — would be chemically indistinguishable from competing products that do not.

Also, bug-resistant sweet corn raised with reduced spraying would have to be labeled, while non-GMO fruits and vegetables thoroughly doused in chemicals would not. Makes no sense.

The bottom-line rallying call of labeling supporters is that consumers have a right to know.

“It’s just information — and information is what people say they want,” says the bill’s Assembly sponsor, Linda Rosenthal of Manhattan.

But nothing now prevents GMO-free products from advertising that fact, as the makers of Cheerios have started doing. And consumers who care can always look for the “certified organic” label — which already rules out GMOs, for better or worse.

With polls showing that 92% of Americans support labeling laws, supporters like Rosenthal think they’re giving the people what they want. But they should not kid themselves: They are serving up nothing but empty calories.